Most People Won't Share this... because African Lives Don't matter!

Most people won't read or share this; don't let this massacre of Students distract you from videos of cats and posts from ladbible... Such is the wasted potential of humanity, since the advent of social media.

Hi! This blog has now moved to www.antoinespeaks.co.uk please go their to support my new website and new articles; thanks for the support and feedback. Lets keep challenging people to think a little deeper

Before you read or watch; please note I wrote this blog post in April 2015. However, after the recent Paris attacks and many other attacks I have since wrote this(click the link to read): "I will not let terrorist make me afraid and nor should you"

You are welcome to read both blog posts; Thank you.

Click above and you can now watch me reading and explaining this blog/the title; or carry on reading on for yourself.

This Week in Kenya, a Massacre of 148 students took place. Students murdered by four armed Terrorists of al-Shaabab. Some were able to survive, leaving us with harrowing stories. Ones such as a man whom smeared blood on himself and hid amongst the bodies of his dead and dying friends. Or others like the woman who hid terrified in cupboard for two days; so scared to come out, that her rescues had to desperately convince her she was safe.

The question becomes; what is surviving and what is safe? These students will have to live on with these terrible memories and experiences. Expectedly, their university remains closed indefinitely. Their future hangs desperately in the balance. Most sadly, they will have to live on in fear each day in a country where Al-Shaabab's militants remain at large and continue their threats of mass-violence.

Spare a moment for the 148 whom did not survive. The clothes of their families will be no less soaked in tears. The screams of their sorrows will echo around the streets, churches, mosques, homes and fields of a their country with no less anguish.


Yet, the world does what to combat, acknowledge, condole or seek retribution for their murders?

There will be no Foreign leaders photo opportunity or Je suis... hashtag. Most newspapers won't run their tragic deaths on any front page.
Why? A quick look at Zizek on Violence can explain our western mindset to non-western deaths and/or violence. 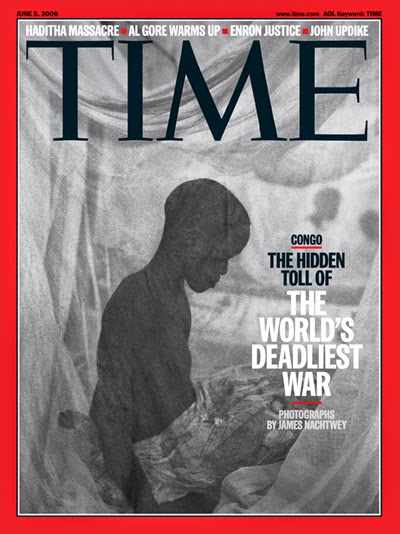 "Over the last decade, 4 million people died in the Democratic Republic of Congo - mostly political killings. Time magazine ran a cover story in 2006, titled "The Deadliest War in the World," chronicling this state of affairs.
But there was no uproar, no one took up on it. Comparatively,
The death of a West Bank Palestinian child, not to mention an Israeli or an American, is mediatically worth thousands of times more than the death of a nameless Congolese...
and yet the U.S. media reproaches the public in foreign countries for not displaying enough sympathy for the victims of the 9/11 attacks." Zizek On Violence

Replace 9/11 with the tragic deaths of the Charlie Hedbo staff and we are in the same situation. We ask the world to weep for our loss or a loss close to us, without showing the same sadness or respect to their losses. Or worse, the thousands of lives we have had a hand in creating; from the estimated 1.2million(at least) that have died due to the so called War on Terror.

Antoine you're wrong! "I do care; i wrote that status about the Charlie Hedbo Attack..."

Well, at the same time as 12 people died in France, there were 12 other terrorist attacks around the world. The most horrific was 2000 or more that died in Nigeria at the hands of Boko Haram. Where was their Je suis hashtags, protests, headlines, posters, vigils, status or tweets. 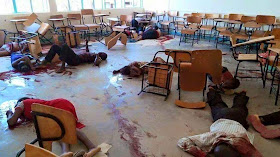 I say, in 2015 we need to think more as a united humanity rather than 'them and us'.
We need to see their deaths as our deaths.
Their lives as our lives.
We need to move further together instead of drifting further apart. We are socially connected but more disconnected; this banality of violence must stop.

A long time? this is because of the Banality of violence. Whereby we choose between whose deaths we care about and whose we don't. Whose lives are worth protesting, weeping and commiserating. There is a buffet of media; we would rather digest the sweet pointless posts and videos, than the news stories and tragedy that leaves a lump in our throat. 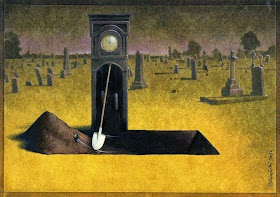 A friend asked me why this was the case and why this wasn't major news on all media forms; to use a popular phrase why this hadn't broke the internet?

Well, it could be because they are Black, could be because they are far away or even simply because the media has created a narrative about Africa. That narrative is a place that is uneducated, uncivilised and a conflict zone. Not a place of development, growth, innovation and full of people with hopes, dreams and aspirations just like anywhere else. This media driven narrative means people read stories about Africa and think "that's ok, that happens there all the time". This gives people an excuse not to emphasise. Not to care. Not to share. Not to write that status, tweet or share that post. "Africa and violence is old news". Do these lives not matter? Are we that busy sharing rubbish that we can't take a moment to care for these students?
Look around you, read the news, read your own timeline of friends and you will see we are divided and we are falling. Realistically, we can not change the foreign policy mistakes of the past. However, we can change our personal social and humanitarian thoughts and actions for the unity of today to influence the future of tomorrow.


Only by standing together can we stop this descent into a world, whereby Extremist attacks become more frequent; in a world that becomes more marginalized and narrow minded. A world whereby, we still elect people who do not care or represent our lives. A world whereby, we allow ourselves to be distract by fake realities and celebrate infamy rather than talent. A world whereby, the gap between rich and poor grows each year. A world whereby, a "like" is valued more than real tangible protests, thought provoking, debate, discussion, actions and change!
I don't have the answers, but if we think together, we act together.
WE CAN COME UP WITH A BETTER ANSWER THAN THE MINORITY THAT KEEP FAILING US AND THE WORLD!

Here are two poems that are poignant in these troubled times.

I often suggest to people that they should read this poem, when someone passes away who is close to them. I think it is still fitting for this tragedy.

Do not stand at my grave and weep 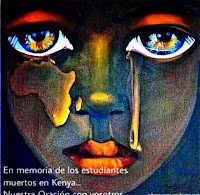 I am not there. I do not sleep. I am a thousand winds that blow. I am the diamond glints on snow. I am the sunlight on ripened grain. I am the gentle autumn rain. When you awaken in the morning's hush I am the swift uplifting rush Of quiet birds in circled flight. I am the soft stars that shine at night. Do not stand at my grave and cry; I am not there. I did not die. By Mary Frye 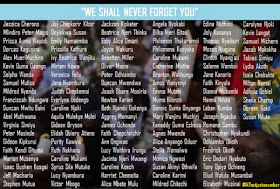 RIP to these Students
RIP to the many that will sadly befall a similar fate.
RIP to those who have already befallen such a tragic fate.


THE TEST
Share this post and see if the people you know share it or like it; you will see exactly what i am talking about. Most people will skip past this and watch a funny video instead. Which isn't your fault. At least you tried to be "The change you want to see".

Questions
Do I have to share this blog?
No, but share something. Share something of support, something of substance, something that inspires, something that challenges people to do something, care and emphasise. Most of all share your own opinion. I am just one person; just like yourself. My opinion is no better than anyone else's. As an Arab saying goes "The same rain water, grows weeds as well as roses; but the rain remains the same" Most of you reacted 'positively'. Others not so much. Such is life.

Should I stop having fun on the internet/social media?
No, of course not. The internet is a gift. A gift filled with fun, interesting, funny, cute and amazing videos/posts/sites/thoughts. However between the fun stuff, simply take a minute to care. It doesn't have to be every day; but when the time comes. When a story is so bad that the world must react. REACT don't be apathetic, distant and disinterested.

Antoine, saying "Most People" is generalisation; Why don't you feel it devalues your post?
"All generalisations are false; but this to is a generalisation" Someone far smarter than myself said that. If you clicked on the blog you aren't most people. However, if your only reaction to the blog is the title. Not Kenyan deaths, not the world ignoring Congo, not the world picking which deaths matter, not society becoming increasingly distracted by rubbish, not the media driven narrative that Africa is only a place of violence and not the call for you to change either your ways or attempt to inspire the people you know to change theirs. Then you have wasted your time reading this blog. The Title is a call to action. Simple as that. Message me and i will explain the nature of the internet in 2015. Sometimes you have to challenge people to think i.e. The greater good.


If you found this post thought provoking, please read my other relevant posts.

The world is sick... and here's why http://www.antoinespeaks.co.uk/the-hypocrisy-of-a-sick-world/


My letter to black boys and the people that raise them http://www.antoinespeaks.co.uk/dear-black-boys-and-the-men-they-will-become/

""The three c's of life; choice, chance and change. You have to make the choice, to take the chance, if you want anything to change" A. Allen
"
www.youtube.com/antoinespeaks